Article 78 is the article of the Civil Practice Law and Rules (CPLR), which establishes the procedure for challenging the determinations of administrative agencies, public bodies or officers. These include every court, tribunal, board, corporation, officer, or other person, or aggregation of persons (CPLR 7802 [a]).

Properly stated, Article 78 provides the procedure in New York State for obtaining the relief previously obtained by writs of certiorari to review, mandamus or prohibition (CPLR 7801). Enacted in 1937, Article 78 is intended to supplant the three writs with a uniform procedure for obtaining the same relief. A proceeding brought under Article 78 is a special proceeding (CPLR 7804 [a]) and the parties to such a proceeding are referred to as “petitioners” and “respondents.”

What are writs of certiorari, mandamus and prohibition?

A writ is a written judicial order to perform a specified act. In New York State, the relief previously obtained by writs of certiorari to review, mandamus or prohibition, is now obtained by bringing a special proceeding under Article 78.

Certiorari is the writ by which the court reviews an action of an administrative agency, public body or officer for the purpose of establishing whether a determination made as a result of a hearing held, and at which evidence was taken, pursuant to direction by law is, on the entire record, supported by substantial evidence (CPLR 7803 [4]). The purpose of an Article 78 proceeding in the nature of certiorari is to seek judicial review.

Mandamus is the writ by which the court makes a finding as to whether an administrative agency, public body or officer failed to perform a duty enjoined upon it by law (CPLR 7803 [1]). The purpose of an Article 78 proceeding in the nature of mandamus is to compel the performance of a duty.

Prohibition is the writ by which the court makes a finding as to whether an administrative agency, public body or officer proceeded, is proceeding or is about to proceed without or in excess of jurisdiction (CPLR 7803 [2]). The purpose of an Article 78 proceeding in the nature of prohibition is to prohibit a specified action.

Is Article 78 relief limited to certiorari, mandamus or prohibition?

Article 78 proceedings are generally intended to be limited in scope to seeking the relief previously obtained by writs of certiorari to review, mandamus or prohibition. A provision exists in Article 78, however, which creates a hybrid form of relief that encompasses certiorari and mandamus, incorporating elements of both. In practice, many Article 78 proceedings seek the relief provided by this provision.

This hybrid form of relief is provided in CPLR 7803 (3), which authorizes the court to make a finding as to whether a determination of an administrative agency, public body or officer was made in violation of lawful procedure, was affected by an error of law or was arbitrary and capricious or an abuse of discretion, including abuse of discretion as to the measure or mode of penalty or discipline imposed.

Where are Article 78 proceedings brought?

A proceeding under Article 78 generally must be brought in New York State Supreme Court in any county within the judicial district where the respondent made the determination complained of or refused to perform the duty specifically enjoined upon him by law, or where the proceedings were brought or taken in the course of which the matter sought to be restrained originated, or where the material events otherwise took place, or where the principal office of the respondent is located (CPLR 7804 [b] and 506 [b]). There are certain exceptions to this general rule.

Where an Article 78 proceeding is brought against the Regents of the State University of New York, the Commissioner of Education, the Commissioner of Taxation and Finance, the Tax Appeals Tribunal (with certain exceptions), the Public Service Commission, the Commissioner or the Department of Transportation (relating to certain matters), the Water Resources Board, or the Comptroller or the Department of Agriculture and Markets, it must be commenced in New York State Supreme Court in Albany County (CPLR 506 [b] [2]). In certain circumstances, however, Article 78 proceedings against the Commission of Education can be brought in New York State Supreme Court in the county of residence of the petitioner (CPLR 506 [b] [3]). Article 78 proceedings against the New York City Tax Appeals Tribunal must be commenced in the Appellate Division of the New York State Supreme Court, First Department (CPLR 506 [b] [4]).

How long do I have to bring an Article 78 proceeding?

An Article 78 proceeding against an administrative agency, public body or officer must be commenced within four months after the determination to be reviewed becomes final and binding upon the petitioner, or after the respondent’s refusal, upon the demand of the petitioner, to perform its duty; or with leave of the court where the petitioner, at the time such determination became final and binding upon him or at the time of such refusal, was under a disability because of infancy or insanity, within two years after such time (CPLR 217 [1]).

What types of judgments are awarded under Article 78?

In an Article 78 proceeding, the court can render a judgment granting the petitioner the relief to which he is entitled, or the court may dismiss the proceeding either on the merits or with leave to renew. If the proceeding was brought to review a determination, the judgment may annul or confirm the determination in whole or in part, or modify it, and may direct or prohibit specified action by the respondent (CPLR 7806).

Monetary damages, such as restitution, are obtainable in Article 78 proceedings. Any restitution or damages granted to the petitioner, however, must be incidental to the primary relief sought by the petitioner, and must be such as he might otherwise recover on the same set of facts in a separate action or proceeding suable in New York State Supreme Court against the same administrative agency, public body or officer in its or his official capacity (CPLR 7806).

Can enforcement of the determination under review be stayed?

On the motion of any party or on its own initiative, the court can stay further proceedings, or the enforcement of any determination under review, upon terms including notice, security and payment of costs. The enforcement of an order or judgment granted by the Appellate Division, however, may be stayed only by order of the Appellate Division or the New York State Court of Appeals. Unless otherwise ordered, security given on a stay is effective in favor of a person subsequently joined as a party to the Article 78 proceeding (CPLR 7805).

Matter of Vecce v Town of Babylon, 32 AD3d 1038 (2d Dept 2006). The petitioner, a property owner, brought an Article 78 proceeding against the respondent, the Town of Babylon, challenging a determination of the respondent’s zoning board denying the petitioner’s application for renewal of a previously approved building permit that had expired and for a zoning variance related to construction of a garage on his property. The petitioner had constructed a garage on his property pursuant to a building permit he was granted, which had expired. He then sought its renewal together with a variance for a rear yard setback of only a fraction of a foot, which was not substantial and had no adverse impact on the physical or environmental conditions of the neighborhood. The respondent denied the application and refused to issue the petitioner a certificate of occupancy for the garage. The Court held in favor of the petitioner, finding that the petitioner was entitled to a certificate of occupancy, remanded the matter to the respondent and ordered the respondent to take certain action.

How do I know if an Article 78 proceeding is appropriate for me?

Since the statute of limitations for commencing an Article 78 proceeding is short, it is imperative that you consult with an attorney specializing in this area of practice as soon as possible. Failure to act within the time limits imposed by law may result in the forfeiture of your rights in the matter.

Do I need a lawyer to bring an Article 78 proceeding?

Because of the complexities of Article 78, it is highly advisable to retain a NY Attorney who specializes in such proceedings. While there are some types of legal matters in which it is not terribly ill-advised to represent oneself – such as in a small claims action, where there is not much at stake and where the court has created a framework and a forum for litigants to represent themselves – in most cases there is simply no substitute for professional counsel. Attempting to represent oneself in an Article 78 proceeding could lead to the loss of the case and an irreversible forfeiture of rights. For these reasons, you should always consult with, and be represented by, an attorney if you intend to bring an Article 78 proceeding. 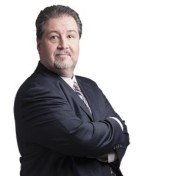